"We are all atheists about most of the gods that humanity has ever believed in. Some of us just go one god further.” That's the difference between atheists and theists, according to Richard Dawkins. The implication is that theists have a double-standard. They apply critical thinking and skepticism to the gods of other religions, but not to their own. If only they were consistent, they'd be atheists like him.

Here's a video of Dawkins making a similar argument in response to an audience question: 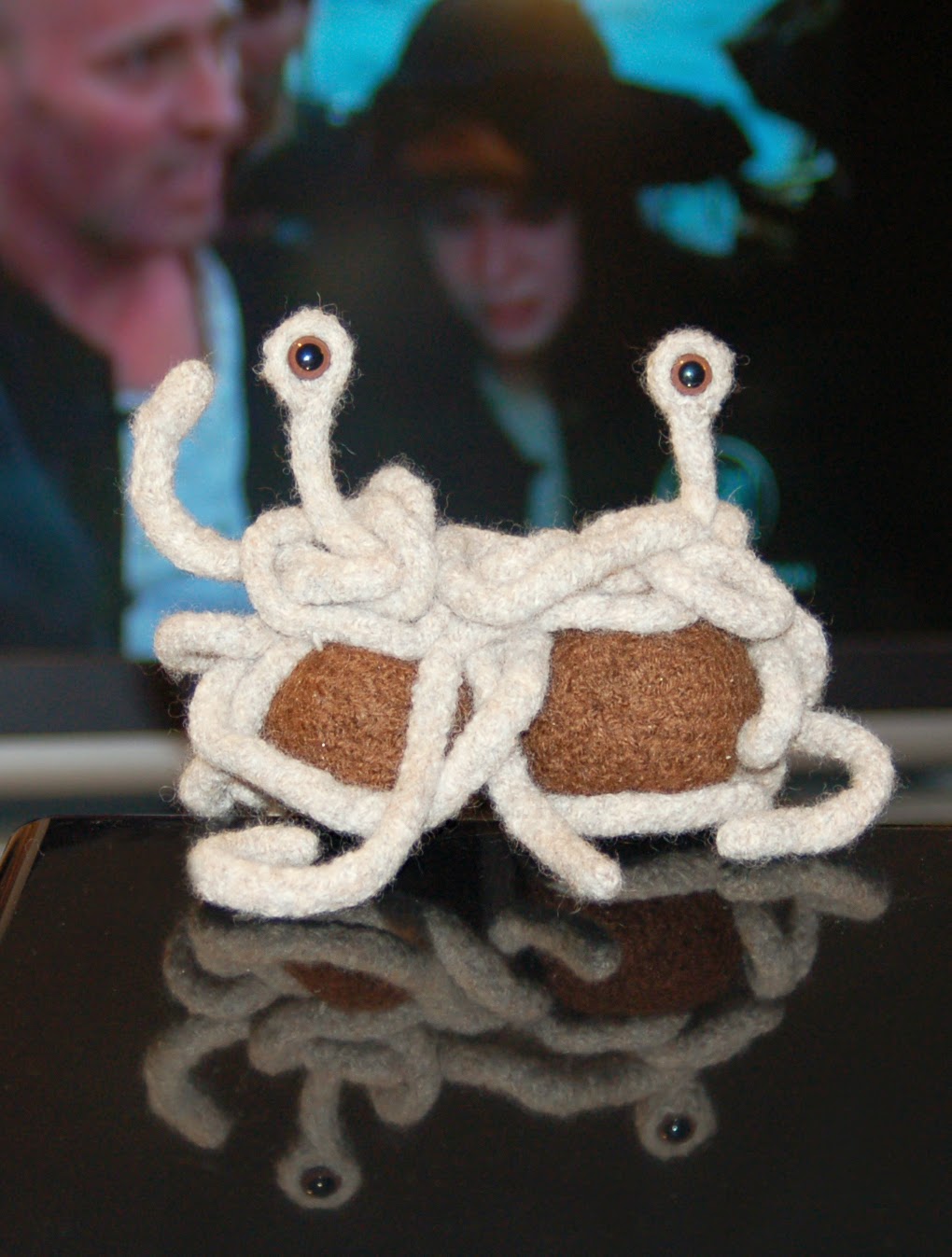 To answer that question, I'll go back through some of my previous posts and apply the same standards to the Flying Spaghetti Monster.

Compared to the God of the Torah, the Flying Spaghetti Monster has very specific, knowable, observable characteristics. Thus, it'd have a relatively low “Prior Believability” score. If these two were the only options, the Spaghetti Monster would have a slightly lower prior probability, but more evidence would be needed in order to make a definitive choice.

2. Extraordinary Claims and the Principle of Indifference

Some might disagree with my conclusions in #1, and I doubt I could prove them here. So instead of relying on that for a prior probability, I'll start with the Principle of Indifference. Until evidence is evaluated, I'll start by regarding the God of Abraham and the Flying Spaghetti Monster as equally probable.

4. The Religiosity of Bigfoot Believers

5. The Gospel According to a Map

There is a lot more data to consider, but it's futile. My above attempts at evaluating evidence also are futile, because the probabilities I assigned are [arguably] arbitrary and the strength of the evidence surely would be questioned by people who disagree. Thus, it'd be pointless to present evidence and give my evaluation of it. Fortunately, my most recent post provided a way to use everyone's evaluation of the evidence, giving mine no more weight than anyone else's.

The ensemble model provides a very clear answer. In the absence of unambiguous evidence or relevant insight that others don't have, if humans have any skill at all in discerning such things, the most rational default position is that the God of Abraham probably is the true God and any other, including the Flying Spaghetti Monster, probably isn't. Virtually nobody who has evaluated the evidence believes in the Spaghetti Monster, which suggests that the evidence for it is very weak at best. That doesn't mean it doesn't exist. It's possible that everyone is wrong about it. But believing that would require very strong evidence, and we don't have it.

If writings about the Spaghetti Monster gave accurate predictions of world-changing future events, I'd spend a lot more time studying them. And if millions of people examined the available data and concluded that it's real, I wouldn't necessarily believe in it, but I'd take it very seriously and would be very, very careful about calling it a "delusion" or saying there's "no evidence" for it. Until that happens, or I discover compelling new evidence for it, I probably won't be joining the Church of the Flying Spaghetti Monster, although I wouldn't mind visiting it some time.