Extraordinary Claims and the Principle of Indifference 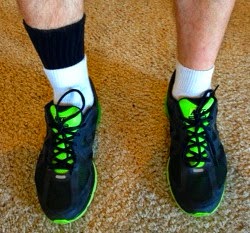 One common definition of extraordinary is "very unusual". But the claim that God exists isn't unusual. By that definition, "There is no God" would be a more extraordinary claim. But that standard doesn't always make sense. For example, someone could make the very unusual claim that I'm currently wearing three socks, but most people wouldn't require extraordinary evidence to be convinced. Another common meaning of "extraordinary" is "very remarkable or amazing". That one brings us right back to the original problem: How can we determine how remarkable or amazing a claim is? There are other definitions of "extraordinary" but all are similarly problematic.

Because we don't have specific, definite probabilistic information about the God question, we must use an uninformative prior. The simplest and probably most common of these is the principle of indifference, which says the prior probabilities of all hypotheses are equal. In the binary case of “Does God exist?”, the prior is 50%. Starting with a 50% probability may seem crazy if the claim seems ridiculous, but it makes good sense mathematically. The evidence (or lack thereof) is probably what makes such claims seem ridiculous in the first place, and the other terms in Bayes' rule account for that. Also, if the claim seems ridiculous to most people, that fact alone is evidence that would reduce the probability.

Using the principle of indifference, presuppositions about the probability of God's existence are eliminated as determining factors. The estimate of the probability that God exists now depends entirely on the evidence. In this case, “Extraordinary claims require extraordinary evidence” is a meaningless argument. It doesn't matter how extraordinary the claim is because the evidence will tell us whether to believe it. We'll still argue about the evidence and how to assign probabilities to it, but that's a lot more useful than debating a theist's circular argument vs. an atheist's circular argument.

There are other ways to determine uninformative priors, including some that let us use the “extraordinary claims” standard. But when applied to the God claim, they generally require arbitrary assumptions that lead to self-fulfilling conclusions. That might be good enough for testing the claim that I'm wearing three socks right now, but whether or not to believe in God is a much more important question – one that I don't think should be decided (either way) by arbitrary assumptions made before examining the evidence.
Posted by Matt Haugland at 5:41 PM