The Religiosity of Bigfoot Believers 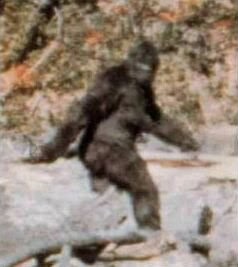 According to a Gallup survey of over 1700 random people, approximately 17% of the U.S. population believes that creatures such as Bigfoot and the Loch Ness Monster will eventually be discovered by science. Belief in Bigfoot is an interesting way to look at religion, because it is essentially independent of any religious teachings. Bigfoot isn't supernatural. People generally don't believe in Bigfoot because of their religion, and they don't choose their religion according to their belief in Bigfoot. 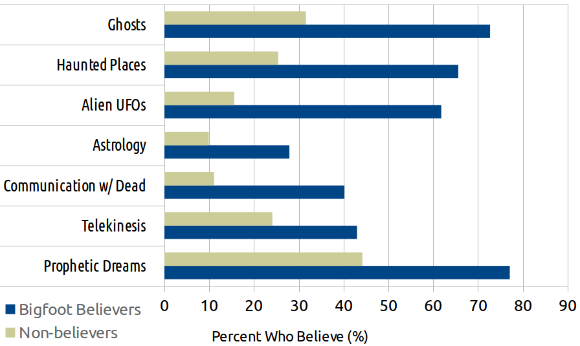 Despite being slightly more likely to believe that God exists and that Jesus is his son, Bigfoot believers are substantially less likely to identify as Bible believing, born again, evangelical, and fundamentalist than people who don't believe in Bigfoot. They attend religious services, religious education, and prayer meetings less often. They also pray and read religious texts substantially less often than people who don't believe in Bigfoot.

Some people say that religious people are religious because they are gullible and willing to believe things for which there is no compelling scientific evidence. Whether that's true or not may depend on whether Bigfoot is real.
Posted by Matt Haugland at 6:08 PM