Christian apologists often criticize atheists for presupposing a naturalistic worldview, thereby making the supernatural (and specifically, God) a virtual impossibility. I disagree with this argument for one of two reasons: A) because God is not necessarily supernatural, or B) atheists do believe in the supernatural. Whether it's A or B depends on the meaning of "supernatural".

I'm not interested in semantic arguments, but I think Merriam-Webster's definitions of "supernatural" helpfully describe ways that people think about God. In reverse order, I'll apply them to the question: "Is God Supernatural?"

God certainly is supernatural by this definition, but I don't think it's a useful one. It says nothing about the key issue, which is the nature of God and his interactions with the world.

Definition #2: "being so extraordinary or abnormal as to suggest powers which violate the laws of nature"

I think this is what many people, especially atheists and fundamentalist Christians, think of when they hear "supernatural". God "miraculously" intervenes in the world such that the laws of nature are violated. After all, God is omnipotent, so he's not bound by such laws. Naturalistic explanations of miracles are seen as denying God's power or avoiding the "plain meaning" of the Bible.

It's problematic if not impossible to find any evidence that the laws of nature have ever been violated. Even if it existed, the prior probability would be so low that the evidence would have to be extraordinarily strong. We don't have such evidence. And if we did, we'd simply modify our understanding of the natural laws. Then the supernatural would still be impossible. 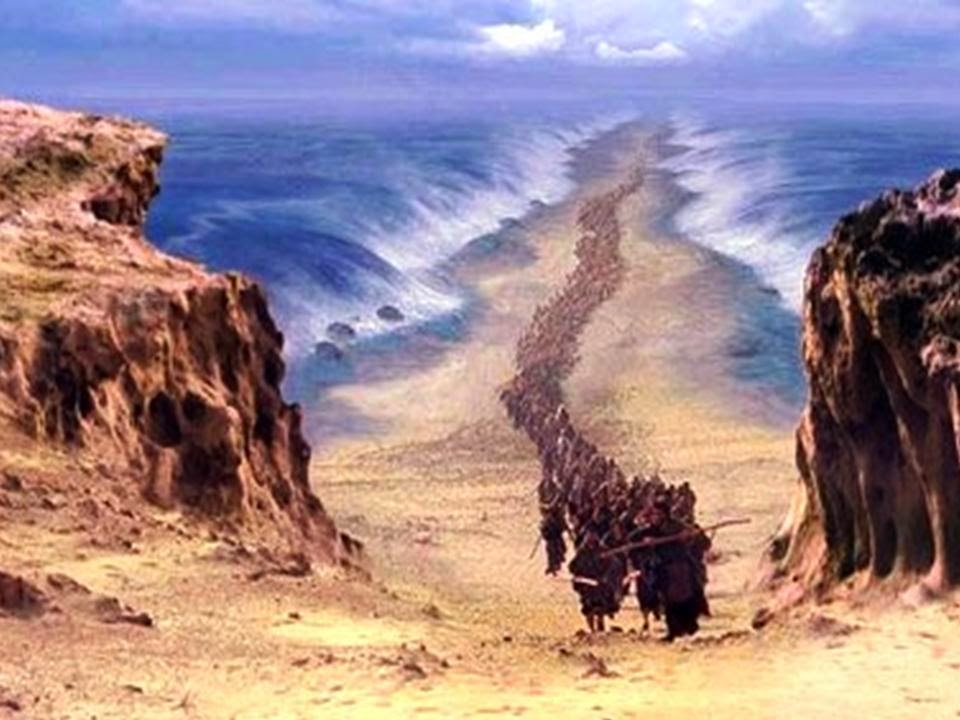 Furthermore, I don't see anything in the Bible that necessarily would've violated natural laws. Wherever God's means are mentioned, it's always something that can be explained within the bounds of natural laws. The flood? Genesis says it rained. Parting of the Red Sea? Exodus says strong east wind. God speaking to prophets? They say visions and dreams. Where the means aren't mentioned (as is usually the case), there's no reason to assume violation of natural laws. Rather, in the absence of very strong evidence to the contrary, we should assume that natural laws weren't violated. To not do so would be to commit the base rate fallacy.

Using Definition #2 and considering the available evidence, I conclude that God (as described in the Bible) probably isn't supernatural. Can't rule it out, but the base rate and evidence suggest a low probability.

Definition #1: "of or relating to an order of existence beyond the visible observable universe"

I think this one is by far the most useful. According to this definition, God is indeed "supernatural". And so are other unobserved things like dark matter, strings (as in string theory), strangelets, preons, photinos, gravitons, life on other planets, other dimensions and universes, etc. These generally are not "gods of the gaps". They are reasonable hypotheses that explain what we can observe and aren't inconsistent with what we know about the laws of nature. I think the same is true of God.

Some things that once were "supernatural" (by Definition #1; e.g., viruses, atoms, distant planets) are no longer supernatural now that we have ways to observe them. Until we find a way to observe God or disprove the God hypothesis, we should carefully and scientifically consider the possibilities. We shouldn't allow our definition of "supernatural" to dictate our understanding of God or deny his existence. Rather, we should strive to have a view of God that best explains the data and is consistent with what we discover about the natural world.

Posted by Matt Haugland at 7:53 PM